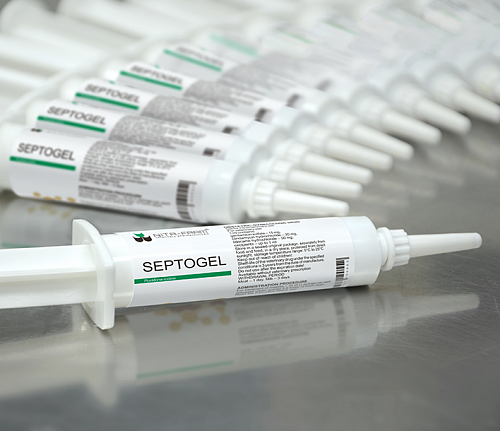 Aunique patented antiseptic gel with a prolonged effect 1 based on a polymeric compound of iodine.

No restrictions set for milk and meat consumption

No induced resistance to microorganisms2.

A unique patented antiseptic gel with a prolonged effect based on a polymeric compound of iodine1.

Septogel is a red brown gel with an active iodine content of 0.65%. 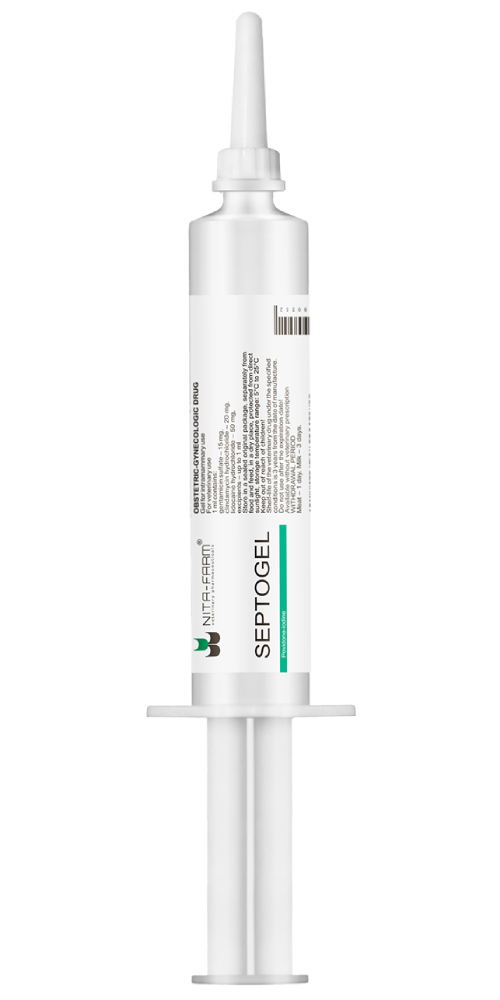 Septogel belongs to antiseptics and disinfectants.

Povidone-iodine interacts with the microbial cell proteins (cell wall proteins, enzyme proteins) to form iodimines and causes the death of microorganisms. Upon contact with the skin and mucous membranes, elemental iodine is released slowly and evenly. 1-mm deep penetration of iodine in tissues does not prevent the normal regeneration process. Due to the large size of the complex molecules povidone-iodine poorly passes through biological barriers; systemic exposure to iodine has almost not been observed.

TREATMENT OF DIFFERENT TYPES OF MASTITIS

Septogel is administered intracisternally at a dose of 10 mL per quarter of the udder: at subclinical and catarrhal mastitis - 1 to 3 times with a 12-hour interval; at fibrinous and purulent mastitis - before clinical recovery, with a 12-hour interval (at least, 10 injections). In the case of severe forms of clinical mastitis, in order to enhance the therapeutic effect, it is recommended to use Septogel as part of systemic antibiotic therapy.

Prior to the administration of Septogel, it is required to ease the affected quarter of the udder and disinfect the dug. The tip is inserted into the dug canal and the syringe contents is injected by pressing carefully the plunger, followed by a gentle massage of the dug and the udder quarters in the upward direction (avoid massaging in case of suppurative and purulent-catarrhal forms of mastitis).

TREATMENT OF SUBCLINIC MASTITIS WITHOUT RESTRICTIONS

To maintain the productive qualities of cows, it is important to promptly identify and treat latent mastitis. NITA-FARM offers an environmentally friendly and efficient treatment regimen without any restrictions set for milk consumption3. 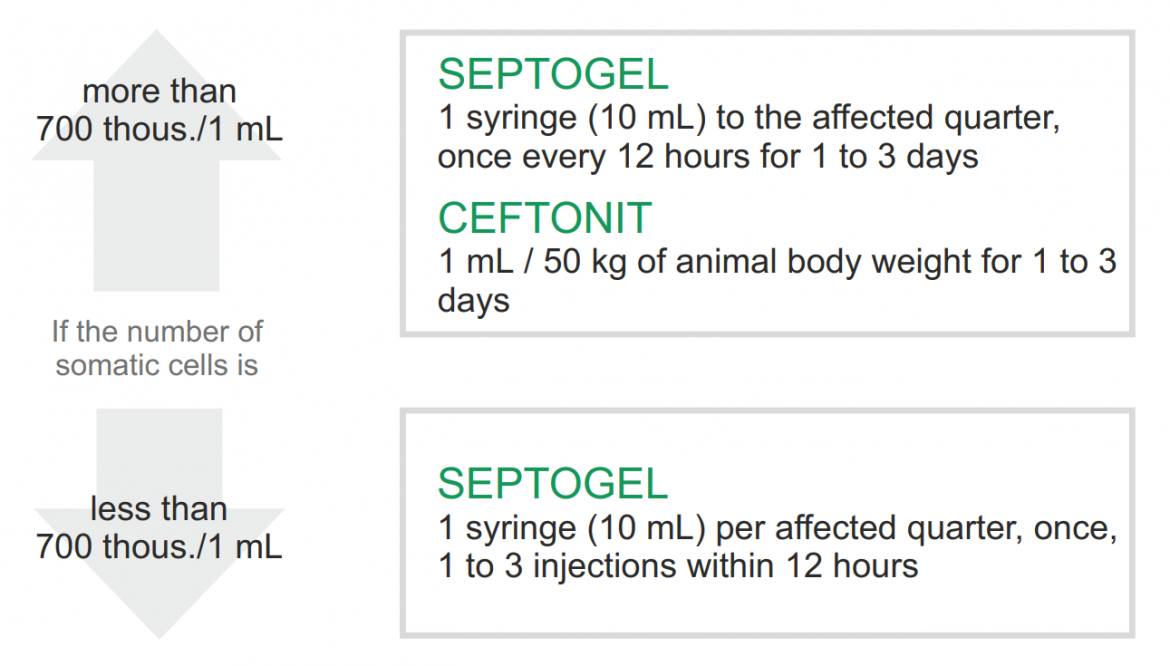 The Ceftonite + Septogel regimen can significantly reduce the number of somatic cells without reducing milk yield.

Ceftonit (5% of ceftiofur) is a broad-spectrum antibacterial drug for treating cattle and pigs, without any restrictions set for milk consumption.

3 - Besides mastitis caused by Staphylococcus aureus

For the treatment of post surgical complications, diseases of the skin and mucous membranes of animals:

Avoid using Septogel concurrently with other anti-mastitis drugs administered intracisternally. Septogel shall be administered no earlier than one day after previously used drugs were administered for the last time. No restrictions set regarding the use of other oral and parenteral drugs.

Milk can be used for human consumption only when no clinical sign of mastitis persists and the fact is confirmed by relevant tests. During treatment, the milk, obtained from the affected quarters, shall be poured into a separate dish, disinfected by boiling, and disposed. The milk, obtained from other quarters, can be used as animal feed after boiling. No restrictions set for meat used for human consumption.

18 months from the date of manufacture; after first opening - 60 days.