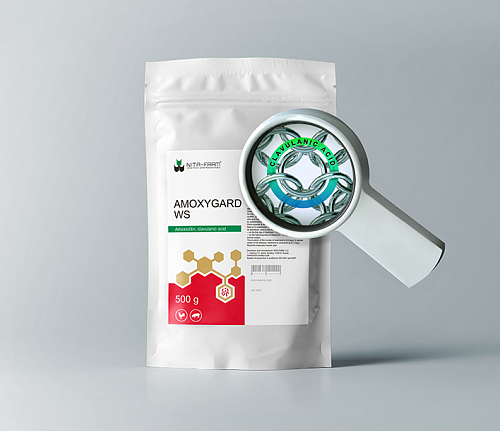 A combined water-soluble drug based on amoxycillin and clavulanic acid that works against the resistance to β-lactam antibiotics.

Nanostructure that retains the active form of active substances

Broad spectrum due to synergy between drug components.

A combined water-soluble drug based on amoxycillin and clavulanic acid that works against the resistance to β-lactam antibiotics.

Amoxygard WS is a light yellow to yellow powder.

Packing: 1 kg bags made of a composite material based on aluminum foil. 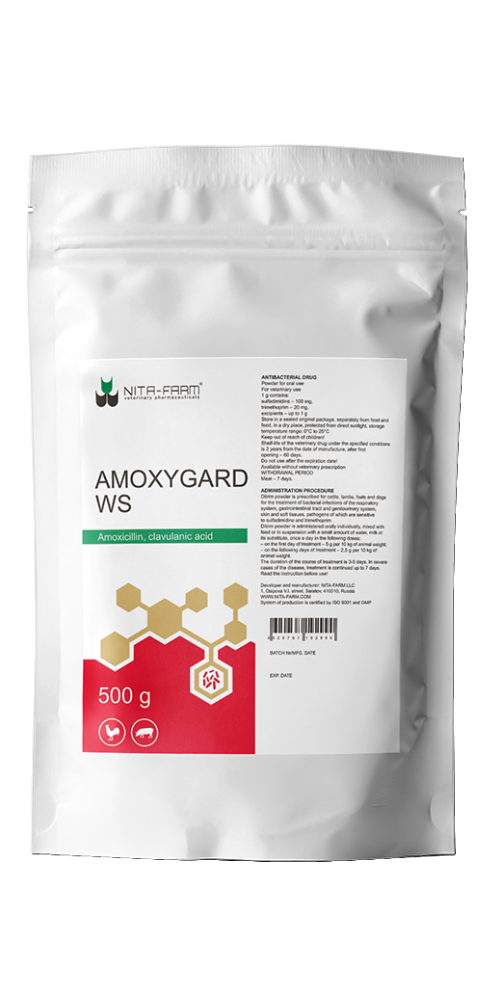 Amoxicillin is a penicillin family antibiotic.

Mode of action: the drug disrupts the process of mucopeptide (a component of microbial cell wall) synthesis by inhibiting transpeptidase and carboxypeptidase activity, which leads to disruption of osmotic balance and destruction of the microbial cell. Clavulanic acid, inhibiting β-lactamase, protects amoxicillin from the enzyme.

The drug has a rapid bactericidal effect, while combined amoxicillin and clavulanic acid formulation affects penicillin-resistant microorganisms, among others.

Amoxicillin and clavulanic acid are well absorbed from the gastrointestinal tract and penetrate into the organs and tissues of the animal body, with their therapeutic concentrations retained for at least 12 hours after Amoxigard WS was administered; they are excreted mainly with urine and partially with bile, mainly in an unchanged form. Feed intake does not significantly affect the absorption of the drug.

Amoxygard WS is administrated orally for 3 to 5 days:

Hypersensitivity of an animal to penicillin family antibiotics and to other drug components. Avoid using Amoxigard WS in laying hens (with eggs used for human consumption) and in replacement chicks less than 14 days before egg laying starts, as the active ingredients of the drug accumulates there.

Pigs can be slaughtered for human consumption not earlier than 3 days, poultry - not earlier than 7 days after Amixygard WS was administered for the last time. In the case of forced slaughter of animals and poultry before the established deadlines, the meat can be used for feeding carnivores.

3 years from the date of manufacture; after first opening - 7 days 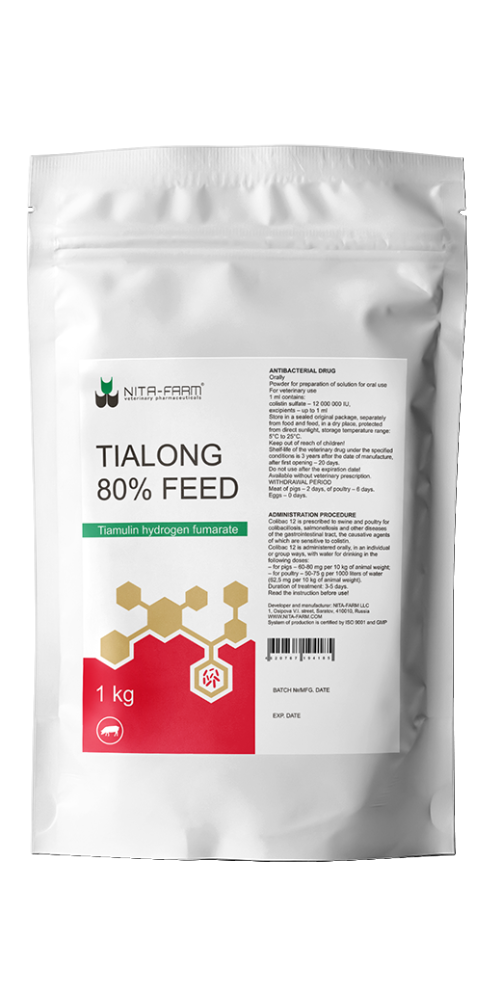 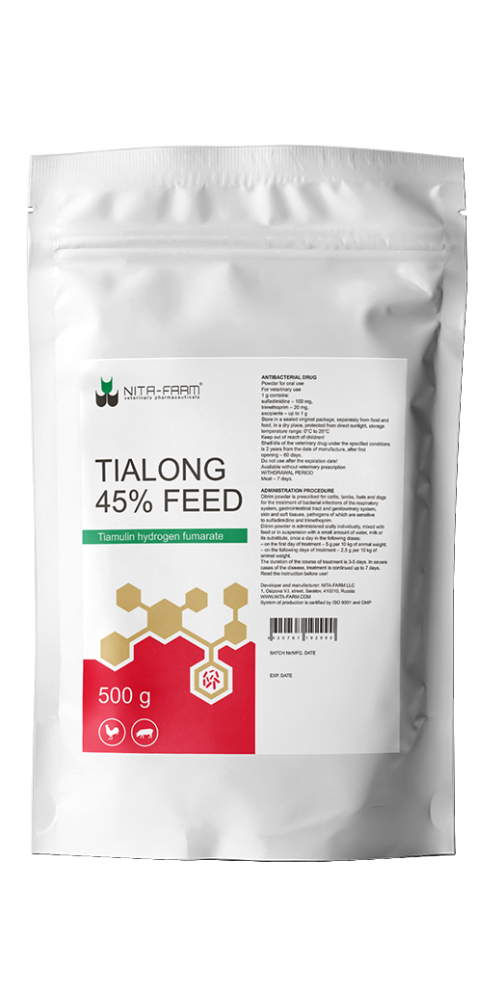 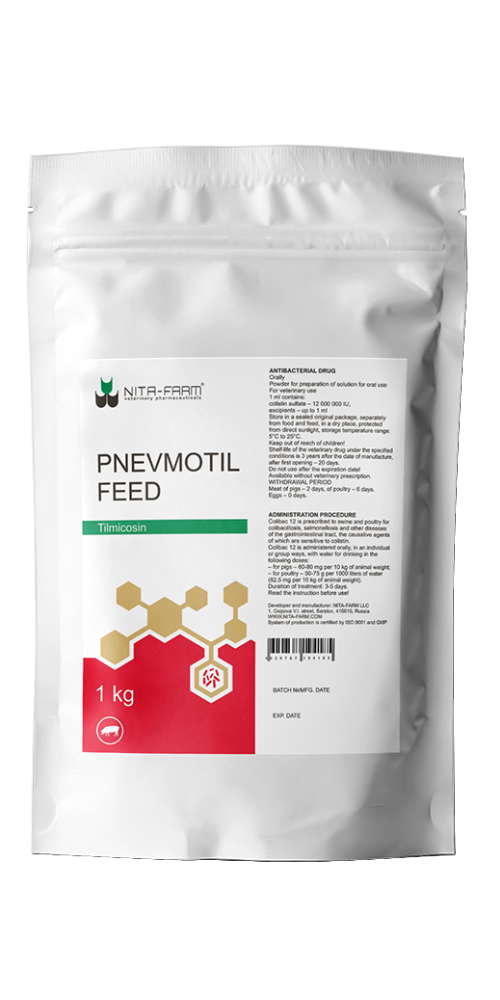 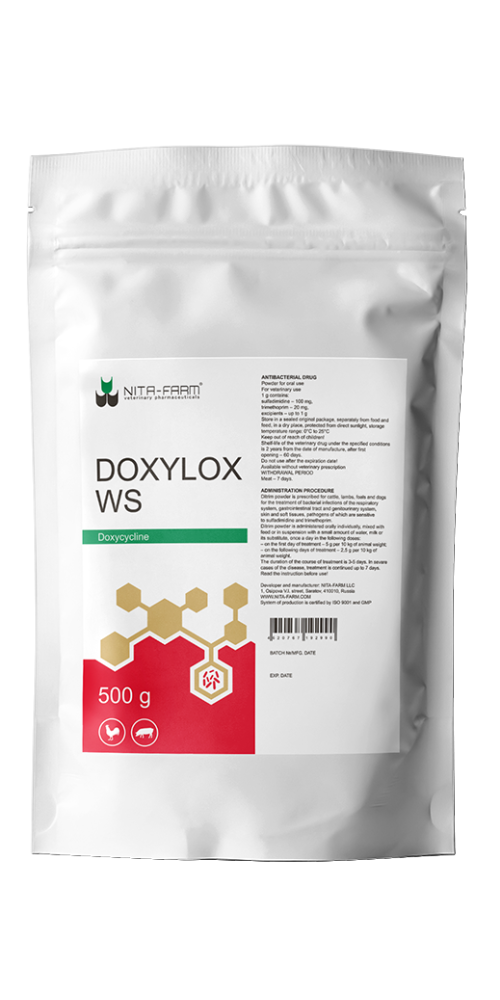