The event was held at Crocus Expo Moscow Exhibition Center on May 19-21, 2015; it was organized by the Asti Group (Russia) and VNU Exhibition Europe (Holland).

This year, the exhibition was attended by more than 300 companies from 30 countries, such as Belgium, France, Germany, Denmark, Israel, India, Spain, Italy, Iran, Canada, Poland, Thailand, Turkey, Finland and others.

In addition to individual booths, national pavilions of China, the Netherlands, the USA, France and South Korea were presented.

On the whole, over three days the exhibition was visited by 7033 experts!

Individual attention should be paid to the NITA-FARM’s booth, being an impressive stylish structure that embodies the company's values.

An open configuration symbolizes honesty and transparency of our relations with business partners and customers, as well as the responsibility that we are governed by in every decision. The professionalism and commitment to excellence are emphasized by a large number of exclusive design elements harmoniously combined into a single composition. Only long-term experience of coordinated activities and joint efforts of many employees united by a common idea allows achieving such a spectacular result. 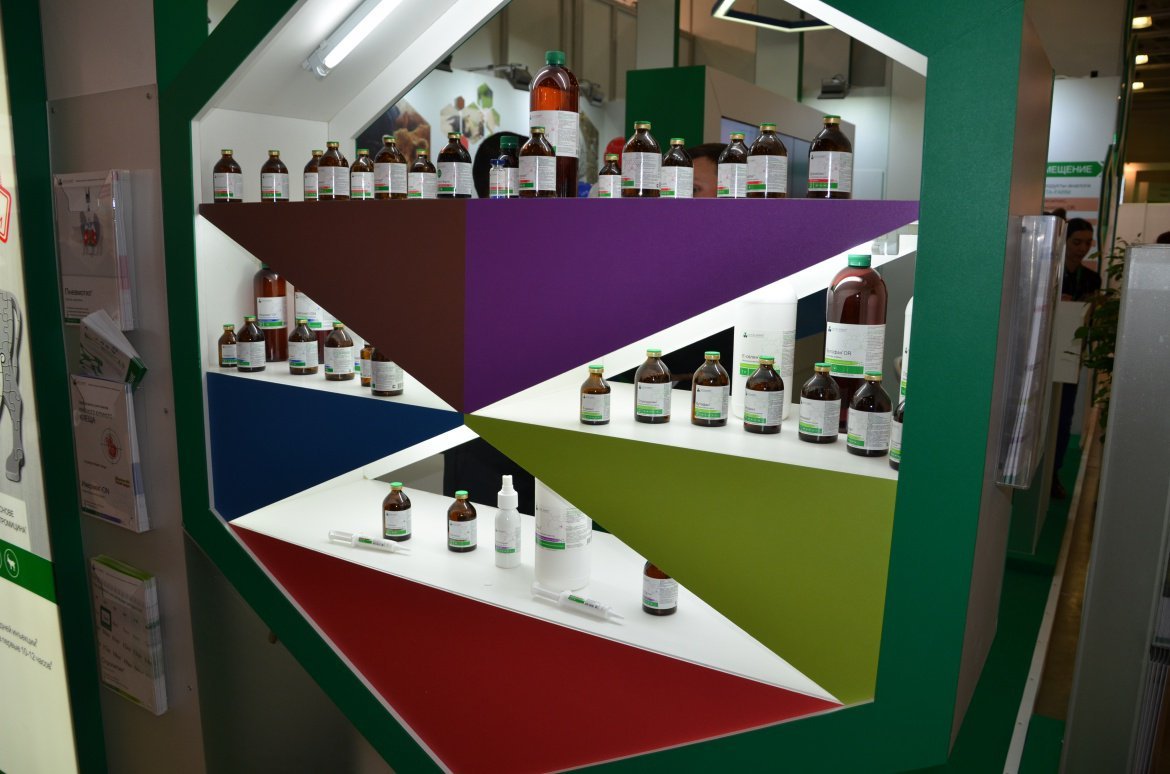 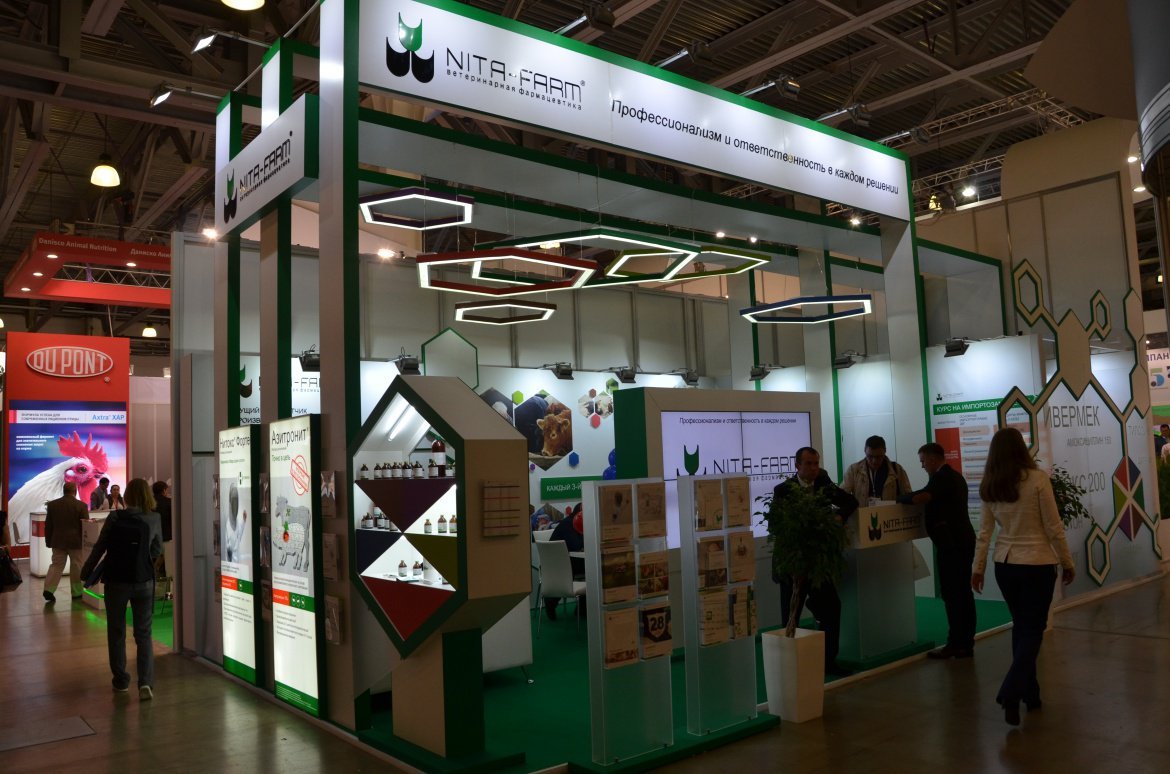 The key message communicated by NITA-FARM to the booth visitors was the presentation of AZITRONIT, THE FIRST A.V.U. azithromycin-based drug. Azithromycin is deemed to be one of the most efficient and safe antibiotics with a large number of non-antibacterial properties, such as impact focus, broad spectrum, as well as anti-inflammatory, mucolytic and other significant effects. Drugs based on that active ingredient are widely used in hospital therapy, being another proof of its excellent performance.

It should be noted that sales of AZITRONIT have been steadily increasing year-to-date, along with the amount of positive feedback on its efficacy and reliability.

A unique drug, NITOX FORTE, extra long-lasting oxytetracycline enhanced by NSAIDs, with protective action for 5 days, with the start of sales scheduled for July 2015, was also announced at Crocus Expo!

One of the key topics of the event was also a high-performance program of import substitution by the NITA-FARM company, which allows choosing a reliable alternative to imported drugs. The statement relevance was confirmed by the attention and interest of the visitors in the booth.

On May 18-21, in parallel with the VIV Russia in 2015 exhibition, a meeting of the WPSA (World Poultry Science Association), devoted to the Innovative support of egg and meat poultry farming in Russia, was arranged at the premises of GNU VNITIP. The meeting covered the results obtained since the industry foundation and the development trends in the short run. The NITA-FARM company was presented by a constructive report concerning The genetic potential implementation in modern high-performance cross-birds: problems and solutions, made by Alexei Moiseev, a veterinary surgeon, Head for poultry farming. The report provided information on the products, which are used in poultry feeding (including Strolitin, Butofan OR, and Nitamin OR), as well as to stimulate productivity, increase weight gains and improve liveability. Dosage schedules to be used in broiler and commercial laying hen breeding were also offered.

On May 21, in the course of a dense event program, a solemn meeting dedicated to the 50th anniversary of the national poultry industry was held. On behalf of the NITA-FARM company, we would like to congratulate all industry experts on this important date!

The three days of the exhibition were accompanied by active negotiations between the NITA-FARM representatives and customers/partners of the Company, as well as with foreign counterparts. As a result, mutually beneficial agreements were achieved and future cooperation plans were developed. We would like to thank all the visitors for their active involvement in the exhibition; we will be glad to see you at VIV Russia 2017!